Check out our menu

Want to work together?

Built in 1929, the Bob Rumball Manor originally known as Stonedene, was re-named after Reverend Robert L Rumball, who was a pastor and advocate for the Deaf. He purchased the land in 1960 to establish the Ontario Camp of the Deaf and opened the centre in 1979. His goal was to build a community centre for the deaf which would be one the first of its kind in Canada. 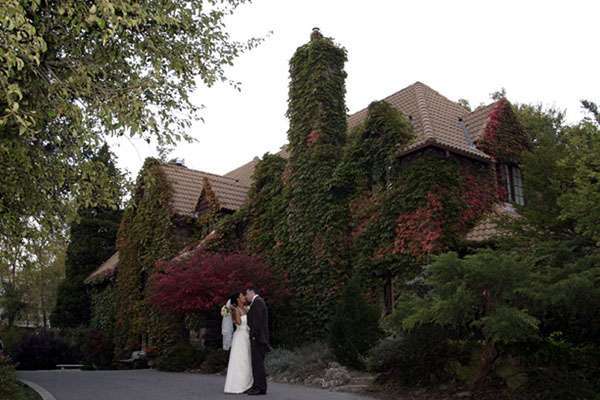 The two story Tudor style Manor surrounded by evergreen trees, and beautiful landscaped gardens, includes the entire house in the rental as well as the large outdoor patio and gazebo. It is more suited to smaller weddings, corporate events, photo shoots and intimate social functions. The drawing room will accommodate up to 60 guests for a seated dinner in addition is the Coach House and Board Room. All proceeds from the rental of The Manor go towards the Ontario Mission of the Deaf.

The Manor is perfect for both the wedding ceremony and the reception. The first floor of the Manor has a separate dining room, drawing room, study and a kitchen area. The second floor has a Brides Boudoir with private bathrooms as well as an additional room for the wedding party. The entrance is ideal for a photo backdrop with its beautiful crawling ivy surrounding the stone arch way to the entrance door.

With over 30 years of experience, serving the people of Toronto, en Ville Catering and event planning offer our clients outstanding cuisine and exquisite event design. Our team of professional event designers and creative culinary staff will ensure your vision is executed to perfection.